Leading Solana-based NFT market Magic Eden has recorded a total of over 5.5 million trades worth over $801 million on its platform from January to June 2022.

The total volume trades generated by Magic Eden in the first half of the year (H1) amounted to 18.24 million SOL, which is equivalent to over $801 million, according to current market prices. 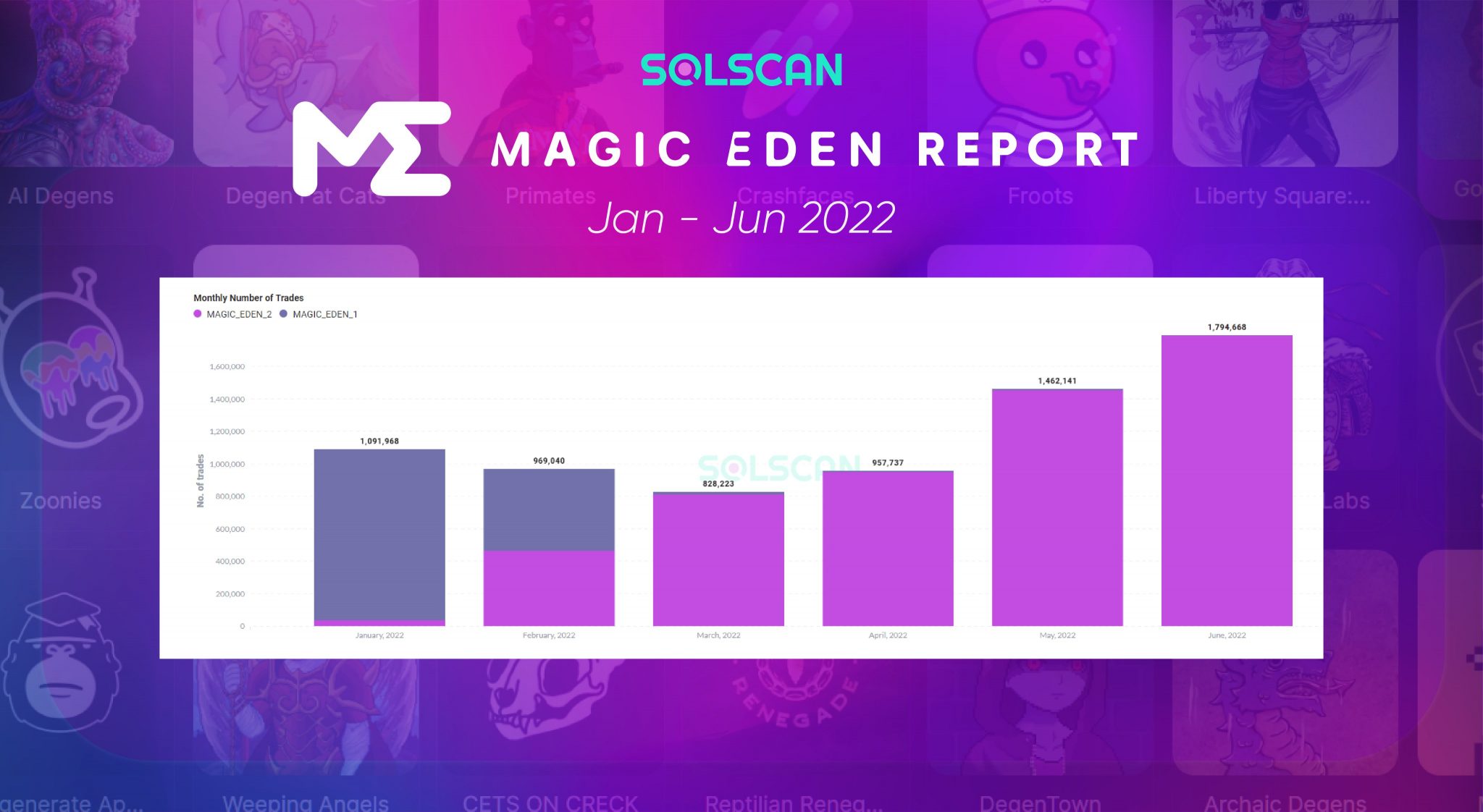 From the chart above, it is noteworthy that the company saw a significant 53% increase from its value in April, garnering a total of 1.4 million SOL in May.

The Solana-based NFT marketplace further recorded a total of 20,933 non-fungible tokens (NFTs) collections listed on its platform with more than four million NFTs in H1.

Magic Eden kept seeing increases in market capitalization as the marketplace moved from a capitalization of 1.7 million SOL in January to a peak capitalization in May where it garnered a total of 4 million  SOL. Recall that the infamous Terra crash also occurred in May, causing a downtrend in the global crypto market.

However, June’s severe bearish market trends pulled down the market capitalization by 35%, bringing it to 2.6 million SOL.

Earlier last month, Magic Eden was able to raise $130 million in Series B funding, which was led by Electric Capital, Lightspeed, Greylock Partners, and others.

The fund was targeted at investing in other blockchains aside from Solana’s network, as well as integrations of NFTs into blockchain games.