Under the influence of the cup and handle pattern, the SAND price offered a 20% pullback opportunity from the $1.28 resistance, which plunged to the flipped support of $1. However, today, the coin price witnessed a significant inflow and surged 12.5% higher, where it currently trades at $1.17. The sustained buying may breach the $1.28 neckline, offering a recovery opportunity. 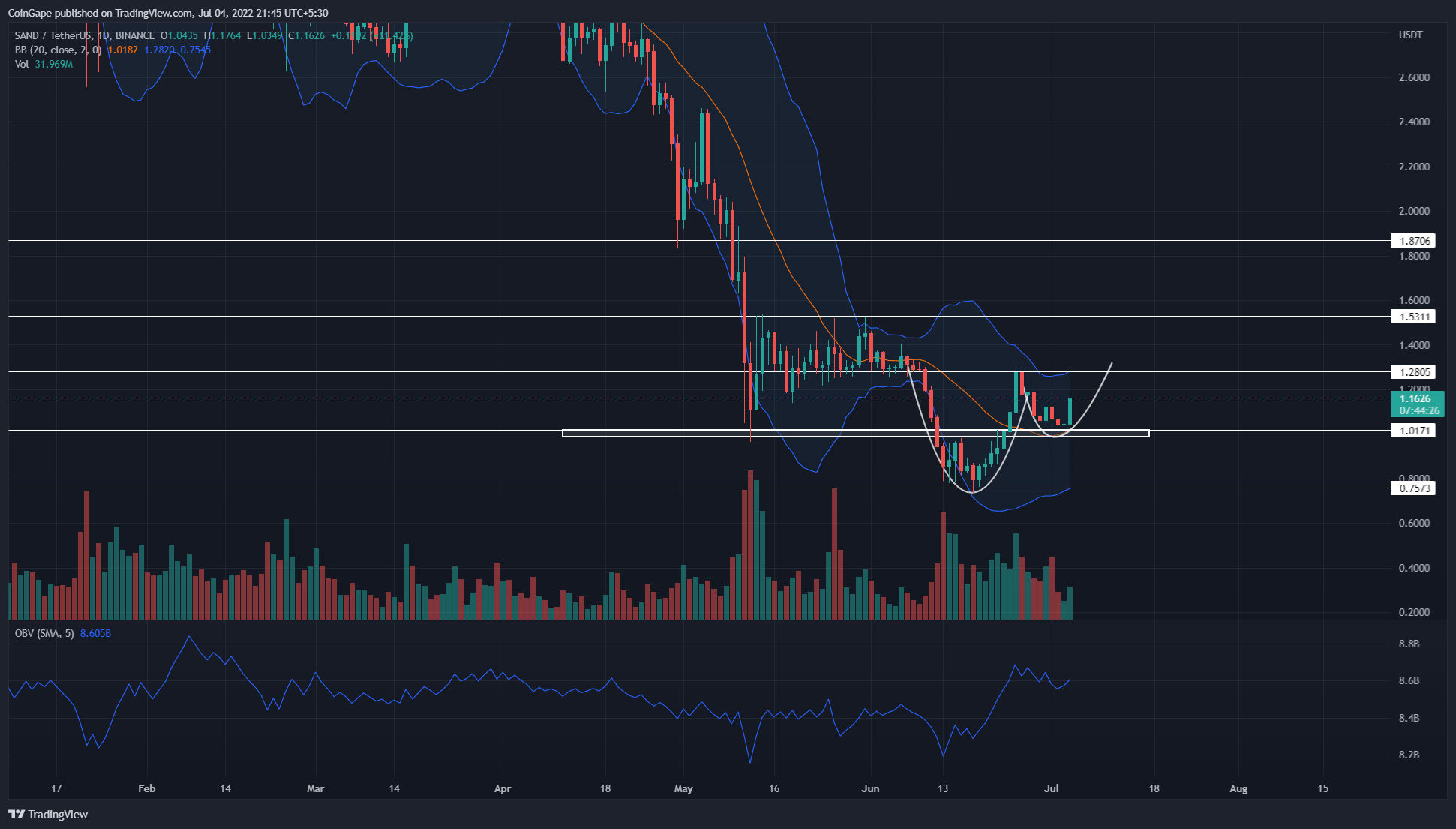 SAND prices took a bullish turnaround from the $0.68 support level during mid-June, after the bearish downfall under the $1 mark. The reversal rally results in a rounding bottom pattern surpassing the $1 mark.

However, the SAND buyers failed to sustain the buying pressure resulting in a bearish retracement from the 50-day SMA resulting in the retest of a $1 breakout.

The ongoing streak of Doji Candle formation tees is a bullish reversal to complete a cup and handle pattern formation. However, the lack of bullish support evident by the falling trend in the trading volume warns of a bullish failure.

If buyers manage to complete the pattern formation, the market price will surpass the 50day SMA on the bullish breakout, potentially surpassing the $1.50 mark.

Conversely, the bullish failure to surpass the 50 SMA will result in the fallout of the psychological mark of $1, where traders can expect the fallout rally to reach the bottom support of $0.68.

OBV indicator: a significant rise in OBV slope in response to the recent price jump, accentuating a genuine recovery rally.